Matildas win on last kick of the game against Norway

This forum is for discussion related to the various Australian National Football Teams - the Socceroos, Olyroos, Joes, Matildas and so.

Matildas win on last kick of the game against Norway


https://www.smh.com.au/sport/soccer/matildas-win-on-last-kick-of-the-game-against-norway-20180301-p4z281.html wrote:Sam Kerr and the Matildas have kept up their record streaks in Australia's last- gasp 4-3 defeat of Norway at the Algarve Cup.

Australia were victorious for the eighth time in a row, while Kerr netted for a record seventh-straight game at the Portugal-hosted friendly tournament on Thursday (AEDT).
Alen Stajcic's side needed a 94th minute winner from defender Clare Polkinghorne to defeat the former world champions in howling conditions.

With the benefit of the wind, the Matildas side took a 3-1 lead into halftime.

They threw away that advantage by the hour mark and after spurning several late chances, it seemed Australia's record winning streak was over.

That is, until a corner broke down and fell to Polkinghorne, alone by the goalpost, to tap home an extraordinary winner - and her second goal of the game.

The centre-back made amends for a poor defensive effort on 11 minutes which allowed W-League import Elise Thorsnes to put Norway ahead.

Two Queenslanders combined within two minutes to put Australia on terms, when Polkinghorne headed in Elise Kellond-Knight's superb corner kick into the wind.

The 24-year-old latched onto fellow Western Australian Lisa De Vanna's pass and slotted home coolly at the near post.

There was no backflip in the rain but her unprecedented 12th goal in that run certainly merited it.

Losing the benefit of the wind at half-time, Australia conceded scrappy goals to Lisa-Marie Utland from a corner and a penalty, converted by Thorsnes.

The Matildas pushed into the wind and looked more likely to find a winner.

Kerr botched two one-on-one chances and had an effort ruled out for offside in the final minutes, when Larissa Crummer also made a meal of a simple header from Kerr's cross.

But the world No.4 side sit on top of Group A thanks to Kennedy's late intervention as they look to add the Algarve Cup to their trophy cabinet.

Australia is back in action at the friendly tournament on Saturday (AEDT) against the hosts, who defeated China 2-1 in their opening match. 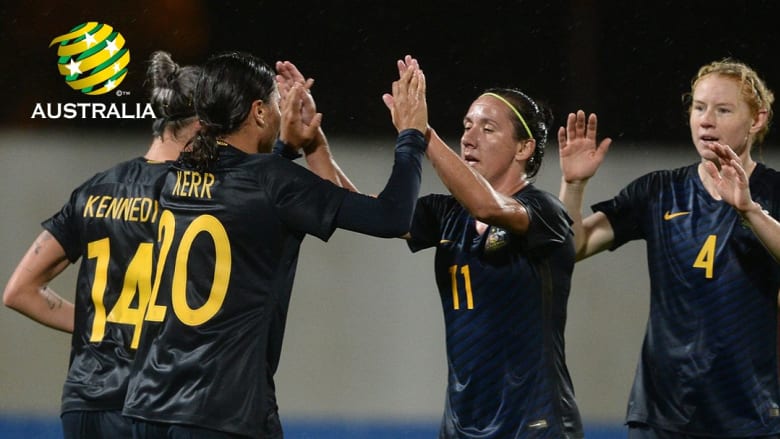 Re: Matildas win on last kick of the game against Norway

I just browsed the links of foot ball news where is the best chance to meet the experts and discuss the game level with them. I inspired me much to keep touch the updates and cheap assignment help australia are the best option for students who are looking for quality work.
Top

Re: Matildas win on last kick of the game against Norway

Wasn't the Algarve Cup played in february and march and didn't Norway win it?
Top
Post Reply
3 posts • Page 1 of 1