Legard understands that Mourinho has texted senior players, including skipper John Terry, with the news of his departure from Stamford Bridge.

There has been no official word so far from the Premiership club.

Sources at Stamford Bridge claim Chelsea manager Jose Mourinho has lost his job. It is not yet clear whether the Portuguese tactician was sacked or whether he left of his own accord.


Jose Mourinho has quit as Chelsea manager after his latest bust up with owner Roman Abramovich, according to reports.


Abramovich called crisis talks following Tuesday night's disappointing 1-1 draw with Norweigan minnows Rosenborg in the Champions League were the duo had a falling out.

Mourinho is believed to have informed senior players of his decision to quit following training on Wednesday.

The information was subsequently leaked to the press and a Soccernet source insists the press pack are ready to run with story, despite apparent phone calls to Chelsea chief executive Peter Kenyon and director of sport Avram Grant, who both deny having any information on the rumour.

Mourinho's rocky relationship with Abramovich is public knowledge and despite an apparent thaw in relations last season the duo were again at odds over the role of Â£30million striker Andrei Shevchenko and the Blues' dour style of football before Tuesday's result brought events to a head.

The Portuguse manager, who has won the Champions League with Porto and two Premier League titles as Chelsea manager, was the subject of continual scrutiny last season and hinted at an exit last summer when he admitted he 'was a bit fed up with certain things' at the club.

Many betting companies have stopped taking odds on Mourinho quitting Chelsea, but the club have yet to confirm the reports.

After three-years at the London club the self-styled 'Special One' is expected to take training for the final time on Friday, when he will say good bye to his players.
Top

on the ball wrote:After three-years at the London club the self-styled 'Special One' is expected to take training for the final time on Friday, when he will say good bye to his players. this is not good !
he installs a steely determination amongst the players
and one bad result does not mean a season

my bet is capello or lippi to coach chelsea
Top

JosÃ© Mourinho dramatically left Chelsea with immediate effect yesterday after a final bust-up with Roman Abramovich. Late last night there was growing evidence that the manager had not walked out on the club but had been dismissed.

Mourinho is understood to have contacted five senior players in the afternoon to tell them that he was leaving, without offering any detailed explanation for his sudden departure.

He is believed to have phoned Frank Lampard before sending text messages to several other players, telling them only that he had had enough and would not see them again. The exact circumstances behind his departure are already being disputed, but Jorge Mendes, Mourinhoâ€™s agent, is expected to fly to London today to negotiate a payoff.

The news of Mourinhoâ€™s departure appears to have taken many of Chelseaâ€™s senior executives by surprise. Peter Kenyon, the chief executive, Bruce Buck, the chairman, and Abramovichâ€™s key aide, Eugene Tenenbaum, were called to an emergency meeting at Stamford Bridge last night to discuss the crisis. That meeting broke up at 1.20 this morning and Tenenbaum left without making any comment.

The majority of Chelseaâ€™s staff and players had been enjoying a relaxing evening at a cinema at Fulham Broadway watching a screening of Blue Revolution, a new documentary about the Abramovich years, but were called away to deal with revolutionary events of their own. Abramovich, the billionaire owner, had cancelled a business trip earlier in the day to hold talks with Tenenbaum, although they were initially thought to be about the poor attendance for Tuesdayâ€™s Champions League draw with Rosenborg rather than the managerâ€™s future.

Mourinhoâ€™s relationship with Abramovich appears to have become fractured beyond repair. He has barely been on speaking terms with the Russian since a huge row erupted in January over a lack of funds to sign players during the transfer window, Mourinhoâ€™s reluctance to play Andriy Shevchenko and the ownerâ€™s desire to bring in Avram Grant to work with the misfiring striker. The former Israel coach was recruited in the summer as director of football as a fragile peace broke out, but it has proved to be brief.

Mourinho and Abramovich are said to have exchanged strong words after Saturdayâ€™s goalless draw against Blackburn Rovers. Abramovich spent time searching for a replacement as their relationship soured at the end of last season, making a firm offer to JÃ¼rgen Klinsmann, but he reluctantly decided to give Mourinho one more season.

Mourinho â€” whose Â£5.2 million-a-year contract was to expire in 2010 â€” has long since concluded that he was not being allowed to do his job. His authority was undermined by Abramovichâ€™s decision to recruit Frank Arnesen from Tottenham Hotspur as director of scouting and youth development in May 2005 and further eroded by the signing of Shevchenko and the arrival of Grant, who is well placed to take over as a caretaker manager.

Mourinhoâ€™s departure brings to an end a stormy three-year reign during which he ended Chelseaâ€™s 50-year wait for the league title, following up with a second championship, but failed to realise Abramovichâ€™s dream of conquering Europe. Chelsea must search for a replacement, with Guus Hiddink, Klinsmann and Didier Deschamps, the former Juventus coach, likely to be targeted for one of the most highly rewarded but high pressure jobs in world football.

After Inter losing to Fenerbache in the CL, it wouldnt surprise me if Roberto Mancini got the sack and Mourinho went to Inter....Moratti & Mourinho were "stroking" eachother all last year.....thats my tip
Top

hiddink to come in? 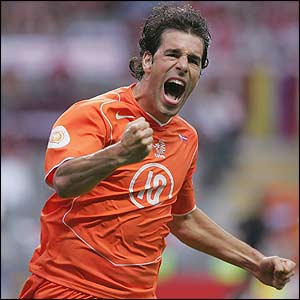 cant think of any other coach to take over?

that's the worrying point, i don't think there is anyone out there!
http://www.parahillseastsoccerclub.com
http://www.poloniacroydonkings.com
Top

yeh the national team that jose is payin his wages 4...
i always thought it was strange that roman paid big buks 4 him, there was obv a deal thatr he will get rid of jose and bring in guus!

dunno if its been confirmed but wat a huge blow....

I truly believe that it won't be Hiddink.
http://www.parahillseastsoccerclub.com
http://www.poloniacroydonkings.com
Top

"If Everton were playing at the bottom of my garden, I'd draw the curtains". Bill Shankly
Top

Next few days are going to be quite interesting!
http://www.parahillseastsoccerclub.com
http://www.poloniacroydonkings.com
Top

Juande Ramos from Sevilla will be the next coach of Chelsea.
Top

I reckon it will be someone you least expect!
http://www.parahillseastsoccerclub.com
http://www.poloniacroydonkings.com
Top

strappineastie wrote:I reckon it will be someone you least expect!